“Architecture is the adaptation of forms to opposing forces” J. Ruskin

Adaptation is the ability that an organism or an environmental system has to adapt itself to changing external conditions. It is a trans-scalar and trans-disciplinary concept and can be understood both as the ability of a user to guarantee the fulfillment of their needs in hostile or constantly changing contexts, and as a property of an architectural organism in the management of changes in our way of life. It can be declined with respect to broader strategies in the design of architecture and the city.
With reference to an architectural organism, adaptation often determines the need for reuse and adaptation of the existing heritage, building or public space, and the use of technologies to maintain space and architecture. Part of the contributions of this issue of OFFICINA* fit into this direction. In the Cirnigliaro’s paper, adaptation is presented as a human ability to act on common spaces to adapt them to their needs. This ability, according to the author, lays the foundations for a proposal on the transformation of public spaces which, as she herself states, “does not provide for definitive and ready-to-use projects. Rather, it considers the potential of adaptable elements”.
The concept of adaptation as a capacity of the built passes through Bruschi’s paper in highlighting the vulnerability issues of historical architecture and the need for interpretative and predictive models of the building behavior that could trigger programmed conservation as an adaptation strategy to climate change and to the material deterioration of buildings. With a different attitude and through a compelling architectural story, the concept of adaptation in historical contexts is also made explicit in Carlini’s essay: in it the question relating to the relationship between architecture and archeology is unraveled, a relationship that “imposes a continuous process of adaptation aimed at ensuring that the heritage were usable and accessible in the most inclusive way possible “. The architectures of the case studies show the potential of design approaches and skilled technologists in constantly changing landscapes.
The theme of adaptation is set out in the context of marginality in the contributions of Triches and Brusegan and in that of Caputo. The condition of marginality is in effect the one that most undermines the conditions of stability of resources and communities and where adaptation strategies are most evident. In the conditions of marginality, for the firsts authors, the reciprocity between community and environment become manifest of the ability to adapt as described. Similarly, but on a smaller design scale, Caputo presents some design tools that allow an “ethically decisive” adaptation through new forms of communication capable of “creating a collective echo”, and attributing a fundamental role in the adaptation process to a participatory and pragmatic approach.
Finally Alcaro and Patassini, investigating the specific context of the refugee camps, recognize how in these transitory places “energies are produced” to respond in an adaptive way to social questions. They describe how these very special places become a real “device for transition, endowed with autonomy and, inevitably, permanence”, therefore an example of both process and adaptive place.
From the reading of this issue it emerges that what is adaptive is able to increase the efficiency of an organism in procuring or using existing resources, constituting itself as an intrinsic factor of a product or process, often declined on the broader themes of emergency and temporariness.
In short, a concept of adaptation intended not only as an inherent capacity in an organism, but also as a characteristic provided to it in a forecasting and planning form. And therefore our new design responsibility. Laura Calcagnini 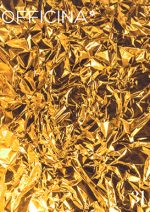