“What may be expected of the space that constitutes a school and what condition can be achieved within the domain of architecture?” (Hertzberger, 2008, Space and Learning).

“What may be expected of the space that constitutes a school and what condition can be achieved within the domain of architecture?” (Hertzberger, 2008, Space and Learning).

A given organisation of space, beyond the function it performs, can contribute with a certain freedom to directing people towards possible actions that may take place. The environment influences the perception that people built around it and, inevitably, architecture takes on a pedagogical role in relation to its inhabitants. This character is particularly visible in works dedicated to education but can be extended to the design experience in general and to the civil, moral, and cultural task of architecture itself. The result is the need for an interdisciplinary and inter-scalar approach to design that involves more than one field of knowledge and does not lose the centrality of the individual, consolidating the notion of an “open work” to different needs, changes, activities, and new meanings. Indeed, any construction will constantly have to deal with the workings of time and will be subject to spontaneous and unpredictable mechanisms of adaptation and transformation, whether material or immaterial. In these terms, the Heidegger’s notion of “dwelling” is declined in the perspective theorised by the anthropologist Tim Ingold (dwelling perspective) and therefore, in the present context, the focus is on the connections between subject and environment, built and natural.
For these reasons, and in this period in which the pandemic has highlighted the incongruity between epidemiological needs and the possibilities to use many institutional and cultural spaces, issue 34 of OFFICINA* journal is dedicated to the relationship between place and learning, opening a wide-ranging debate on thematic areas that go beyond the temporary crisis that is partly modifying the forms, ways of living and uses of relational spaces. After a long phase in which teaching was delivered at a distance, there is a need for the experiential value of learning through the physicality of places, as demonstrated by the results of this call for papers, which I have proposed alongside an ongoing research project financed by the PON AIM fund and conducted at my own university affiliation. In this respect, the selected proposals explore the role of architectural design at different scales, from the individual to the territorial, and with different insights, from theory to practice, grasping the ability to weave relationships in specific contexts – urban, peri-urban, from metropolises to small towns – and to create community places and places of public interest.
A first field of investigation concerns the educational space of the school which, being one of the first learning and living environments where the child in training grows up and lives, is the place where direct experience with space plays an essential role, almost as if it were, to borrow Loris Malaguzzi’s thought, a “third educator”, thus forging a strong relationship with pedagogy and design (Malaguzzi, 1952, Invece il cento c’è). A meaning of school that requires a close symbiosis between container and content, that is, between spatial model and pedagogical model; a so-called “educational architecture”, as Ernesto Nathan Rogers defined it in the editorial of the monographic issue on schools that Domus magazine dedicated in 1947 under his direction (Rogers, 1947, Architettura educatrice).
Attention is initially focused on the huge and inhomogeneous state school system (Fondazione Giovanni Agnelli, 2020, Rapporto sull’edilizia scolastica), in which an attempt is made to go beyond the very concept of the classroom and to highlight certain design opportunities starting with the internal space, the relationship between the parts of a school community and the aggregation of these parts in relation to the context in which they are located. Current Italian school building regulation dates back to 1975 and provides a rigid application of several standards regardless of the quality of the spatial configuration of educational environments. This shows a disconnection with current teaching and learning needs. In fact, these require a modernization of the existing school heritage oriented towards opening up to the city, becoming an extension of urban space, as illustrated by the many exemplary cases borrowed from the history of twentieth-century architecture or from innovative studies and experiences in the international, national and local spheres examined and collected here, including, for example, those carried out by the researchers of the Istituto Nazionale di Documentazione, Innovazione e Ricerca Educativa (INDIRE) and the PRIN network Prose – Prototypes of schools to live in.
The publication attempts to outline a state of the art of current research and projects responding to the question posed by the well-known architect Herman Hertzberger in his valuable book Space and Learning. Laura Pujia 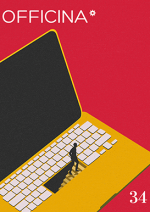